today we moved from osaka to the metropolitan city of Tokyo!!!

sunday, 16 Nov, from sakuranomiya, we went to shin-osaka station. there, we bougth the shinkansen hikari 516 ticket to tokyo. but before we took the train, we went to the market downstair to buy bentos for our lunch. it’s good that we are allowed to have food on board the train in japan. we alighted at shinagawa station, tokyo, then transfered to JR yamanote line and went to shinjuku station.

our hotel was just outside shinjuku station. the hotel was rather small compare to our hotel in osaka. but the hotel was suuuuper clean even it was only 2 stars hotel. we dropped our bags, then went back to the train station to buy the fuji hakone pass and odakyu romance car. then we headed to harajuku!

and yes! harajuku was our first stop! the famous street where youngster can dress up as weird as they want! we saw few youngsters dressed up, some cute, some weird, some goofy, but most of them were dressed up normally.

we went to the meiji jingu shrine. it was the biggest shrine in tokyo, and one of the oldest one. we had fun, took a lot of pictures and selfies and met a two-legged panda! 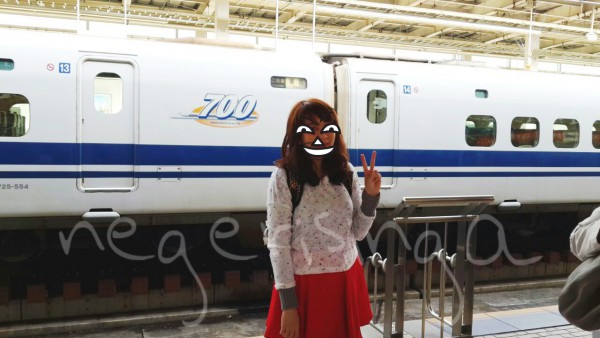 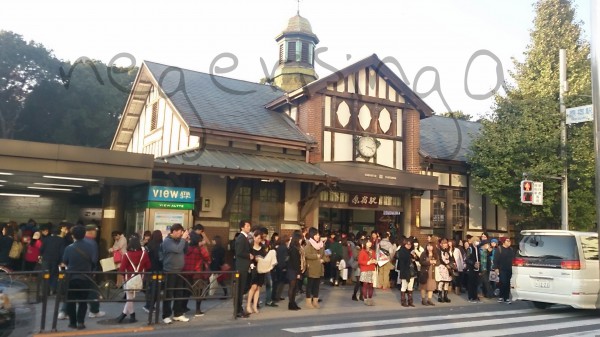 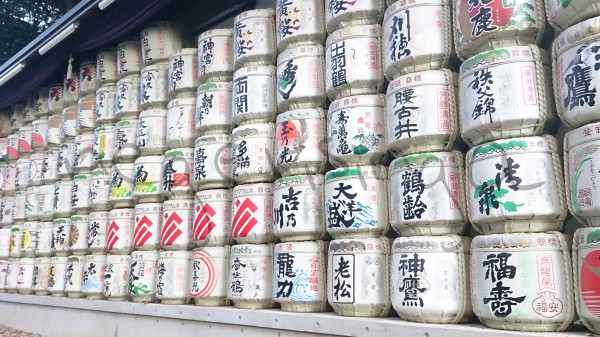 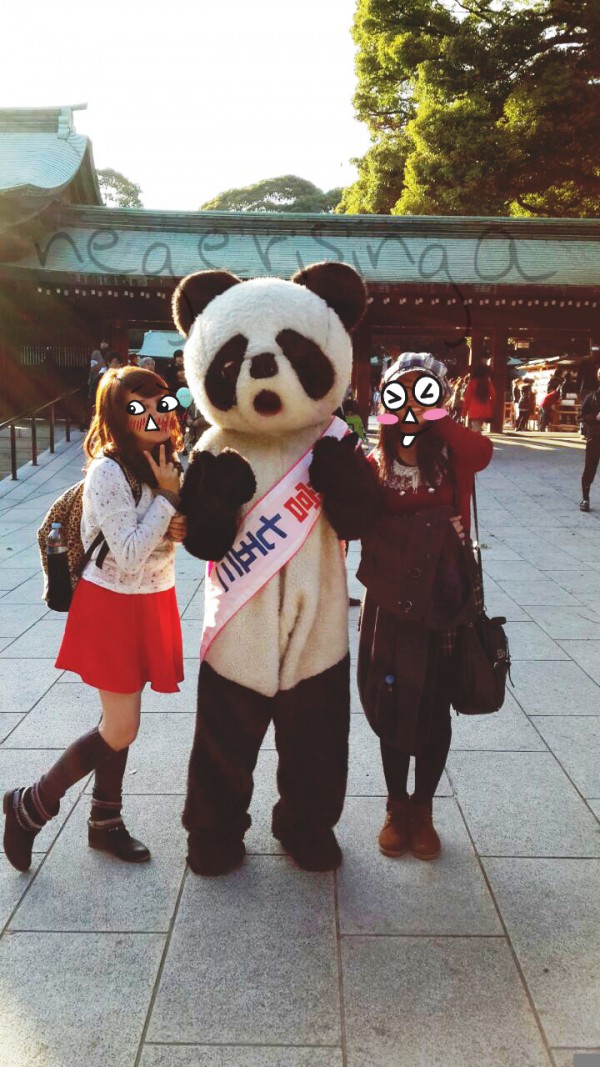 then we went to takeshita dori. we went shop at daisho, and bought the famous matcha crepes.

we ended up didn’t finish to walk along the dori street and omotesando, because all of us were too tired. so we decided went back to hotel and rest for our big day tomorrow: DISNEYSEA!!!!!